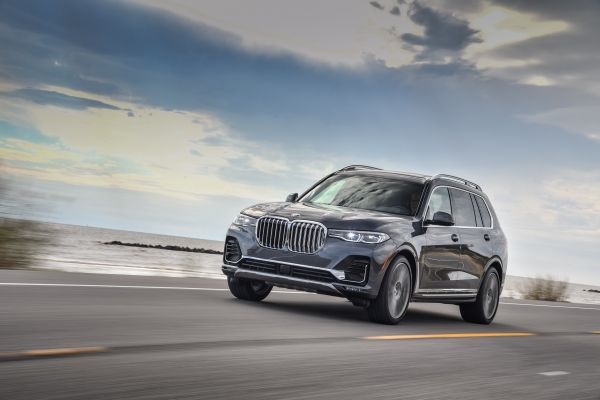 In just half a year, last year’s entire revenue was surpassed by AutoWallis while the efficiency of its operations also grew in line with the contents of its strategy. The Group’s revenue in the first six months amounted to HUF 97.7 billion, its total comprehensive profit to HUF 1.2 billion, and its earning per share (EPS) to HUF 3.52.

In the second quarter, AutoWallis Group’s revenue grew even faster than in the first quarter, as a result of which the automotive company of the Budapest Stock Exchange realised a total of HUF 97.7 billion in revenue in half a year, which exceeds last year’s comparable figures by 156 percent. This means that in the course of six months, the company realised more revenue than in all of last year. This exceptional growth is due, in addition to organic growth, to the Company’s transactions in the region last year. The company listed in the Premium Category of the Budapest Stock Exchange achieved growth in its business results that exceeded even the two and a half times increase in revenue: EBITDA, which AutoWallis’s management considers to be the best indicator of profitability, jumped to more than four times its comparable value, to HUF 3.2 billion (+320%) while total comprehensive income amounted to HUF 1.2 billion in profits, up from HUF 854 million in losses last year. Based on the above, AutoWallis’s earning per share (EPS) was HUF 3.52 in the first six months of the year. The CEO of AutoWallis, Gábor Ormosy said, evaluating the performance of the first half of the year, that despite of the third wave of the coronavirus epidemic the Group’s activities underwent significant expansion. What is more, this took place while operational efficacy increased, which is in line with the targets laid down in the strategy announced by AutoWallis. The CEO added that results had thus far not been significantly impacted by the increasing global chip shortage, as despite the fact that troubles in supply led to a slow in sales in the case of certain brands in the year to date, sales margins have increased, with an increase in prices also experienced on the used car market, leading to positive results as regards profitability as well. Meanwhile, the manufacturing difficulties suffered by vehicle manufacturers had a negative effect on the market as a whole, which impacts volumes in the coming periods as well. The company expected to realise more than HUF 200 billion in revenue in 2021, though, primarily to the delivery delays caused by the chip shortage, it feels this figure can not be guaranteed even despite of the exceptional results of the first half. Despite of the expected drop in sales volumes (as regards both volumes and revenue), the company does not expect its margin and result-producing capability to decrease, with EBITDA still expected to be around HUF 6 billion.

The revenue of AutoWallis’s both business units enjoyed a great increase in the first half: due to the launch of Opel sales in four countries at the beginning of the year, the Distribution Business Unit almost tripled its revenue to HUF 54.9 billion (+181%). In addition to organic growth, the Retail & Services Business Unit’s revenue more than doubled (+130%) to HUF 42.7 billion, also thanks to the acquisitions and transactions completed last year. In addition to the positive vehicle sales trends, there was also an increase in vehicle rentals this year even though it had previously been hard-hit by the coronavirus epidemic, with the number of rental days increasing by more than two-fold to 66,183 (+101.5%). The restructuring of the company’s sales strategy was successful: in absence of travel for tourism, the company transitioned to longer term rentals, and the available fleet grew slightly, by 9 percent, contributing to an increase in efficiency. The advantageous trend also extended to service hours: as a result of the transactions closed last year and the company’s organic growth, hours increased by two and a half times (+163.6%) to 62,666 hours, with organic growth in itself equal to 67 percent.

The first half was a period of increasing efficiency for the AutoWallis Group, with revenue growth outpacing the increase in the cost of goods sold (CoGS) by 2 percent, resulting in the company's margin production growing from 11.5 percent to 12.3 percent. The 208 percent increase in personnel expenses is the result of the transactions carried out last year, which increased both average wages and the average statistical headcount of the AutoWallis Group by 355 to 686. Financial gains or losses decreased by 86 percent to HUF 111 million.