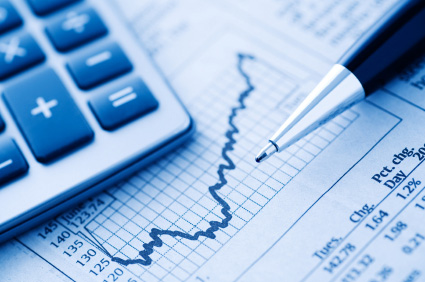 In the first half, the growth of AutoWallis’s profits exceeded even its 34 percent increase in revenue, leading the listed vehicle company to again close a new record half-year. The company’s net profit increased more than three-fold and its EBITDA more than doubled, meaning earnings per share was HUF 9 in the first half, more than at any time during the previous year. These excellent results are not unique but are part of a long-term trend; accordingly, AutoWallis also expects to set new records in all areas for the year as a whole.

The AutoWallis Group again closed a record quarter, generating more earnings per share in the first six months of the year than in the whole of last year. A key factor in achieving this excellent result is that the company, listed in the Premium category of the Budapest Stock Exchange, saw a significant increase in its margin generation, which was 15 percent in the first half of the year compared to 12 percent last year. AutoWallis CEO Gábor Ormosy said that the excellent numbers can be attributed to effective cost management and good pricing measures. He emphasized that there are a number of factors behind the growth and good results of the AutoWallis Group: it has a diversified portfolio of brands as well as wholesale and retail activities in 14 countries in the region that enjoy growth substantially higher than Hungarian and EU market averages. He also added that as the Group’s strategy is based on these strong pillars, the outlook for the future is also positive, without any need to reduce expectations with the current volume of orders even despite of negative macroeconomic trends.

AutoWallis’s revenue grew by 34 percent to HUF 131 billion in the first half, even though EU markets experienced a downturn of 14 percent. This exceptional growth was primarily organic and was driven mainly by the Distribution Business Unit’s sales of Opel and SsangYong vehicles, with the sales of the Slovenian AvtoAktiv bolstering the Retail & Services Business Unit’s figures. In the first half, the Distribution Business Unit’s revenue increased by 44 percent and the Retail & Services Business Unit’s grew by 22 percent. The combined strength of the brands represented and sold by the Group and the variety of the brand range is illustrated by the fact that the Hungarian passenger vehicle market experienced a slowdown of 11 percent in the first six months.

Within costs, the value of cost of goods sold (CoGS) grew by 30 percent to HUF 111 billion, which is less than revenue figures, leading to an increase in the AutoWallis Group’s margin generation from 12 to 15 percent in the first half. The value of contracted services grew by 56 percent, again due to increases in marketing spending to support sales growth related to the import activities of the Opel and SsangYong brands, as well as in marketing and other turnover-proportionate costs connected to the increased turnover of the rental car service following the end of the coronavirus epidemic. The 46 percent increase in personnel expenses was caused primarily by the increase in staff numbers resulting from the organizational development measures taken in 2021 and the salary increases provided to keep pace with labor market changes. Thanks to the above, both average wages and the Group’s average headcount grew, the latter by 135 persons to 821. The value of financial gains or losses in H1 was HUF 373 million in losses, which is equal to growth of HUF 262 million compared to the 2021 base period primarily because the Group accounted for exchange rate profits of almost zero in the first half of this year compared to an amount of HUF 286 million in the base period.

The press release can be downloaded in pdf format: