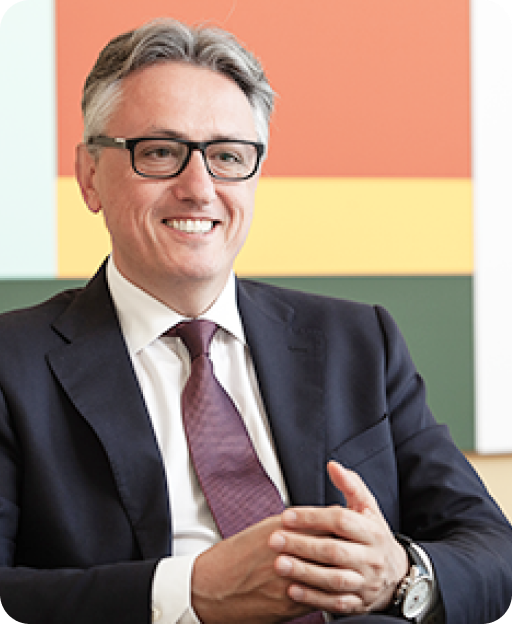 Chairman of the Board of Directors

The CEO of Wallis Asset Management graduated as an economist from Budapest University of Economics and has worked for the Wallis Group since 1994. Between 1994 and 2004, he acted as the Managing Director of Wallis Motor, the principal dealership and importer of BMW in Hungary. Thereafter, he put his several years of managerial experience to good use as the Chairman and CEO of Wallis Auto Holding and then from 2000 as a Board member at Wallis, as well. In 2007, he became the CEO of Wallis Asset Management, and, at the same time, he was appointed as a Board Member to the manufacturer Graboplast and Wing, Wallis’s real estate division and later also as the Chairman of Venturio venture capital fund.  He has been instrumental, among other things, in the establishment of Alteo Group, an entity now listed on the Budapest Stock Exchange, where Zsolt has served as a Board Member since its foundation.  He was also responsible for the stock exchange listing of Wallis’s automotive business line as AutoWallis Group. 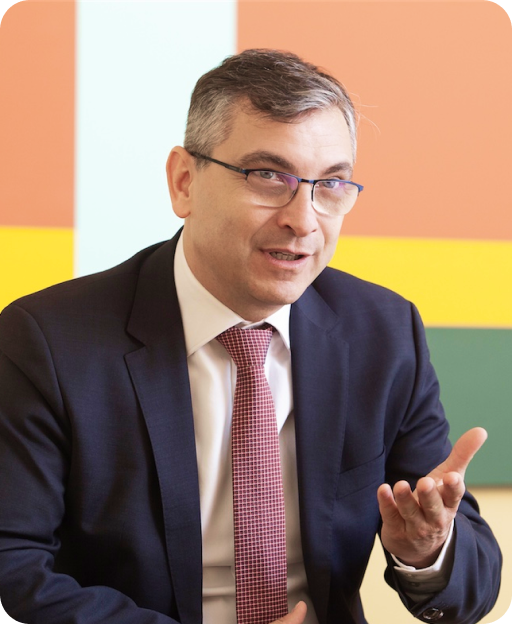 The CEO of AutoWallis Group worked as CFO and then CEO of Wallis Auto Holding from 2004, with responsibility for the reorganisation of the cars business line, after he became CFO of the Wallis Group. Gábor graduated from Corvinus University, Budapest and Georgetown University in the US. In 2006, he founded and acted as CEO of MAG Zrt., a subsidiary of the Hungarian Development Bank responsible for the administration of EU grants for small and medium-sized enterprises, following which he served in various senior positions with MKB Bank and the Veolia group. 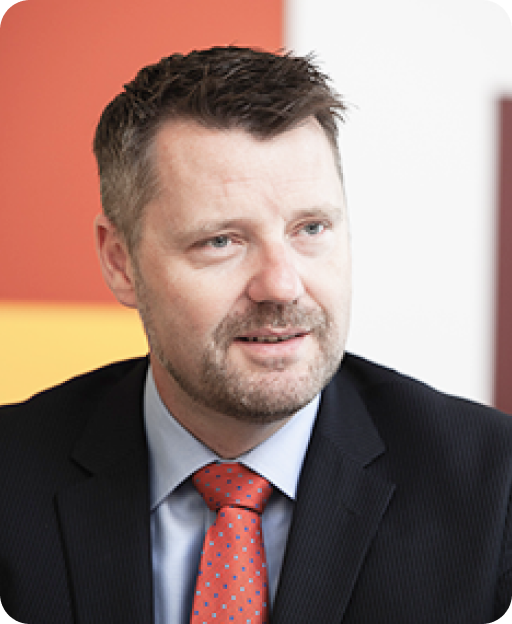 He completed his studies at the Budapest University of Economics and graduated in politics at the University of London’s School of Slavonic and East European Studies. He moved to Hungary in 1994 where he was employed in the regional headquarters of Xerox in Budapest, first as a sales representative and later as Marketing and Regional Sales Manager. Subsequently, he continued his career as the Managing Director and Head of Retail of the internet division of Hungarian Telekom (Axelero) and later was appointed as the Regional Sales Director of Cisco Systems. He joined the Wallis Group in 2005 and since then he is the Managing Director of WAE Kft. From 2021 he held the postion of the Distribution Business Director of AutoWallis Group. 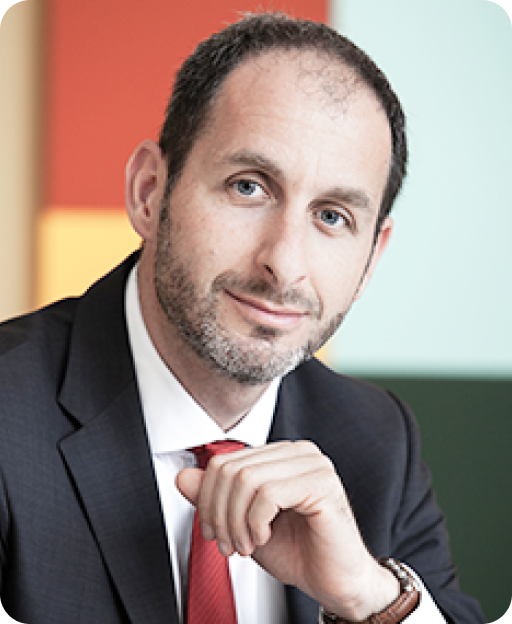 He graduated as an economist from the Budapest University of Economics. He has worked in Wallis’s automotive division since 2003 where he was first the Managing Director of Globe Motor, a BMW dealership. 2005-2022 he held the position of Managing Director of Wallis Motor Pest and 2007-2022 he has also acted as Managing Director of Wallis Motor Duna. Since October 2020, he has also been responsible for the professional supervision of Wallis Motor Ljubljana d.o.o. as the company's Managing Director.  Formerly, he worked as the Marketing Director of Ricoh Hungary and in various positions at CityReach International and British American Tobacco Hungary. Since 2012, he has represented Hungary in the European BMW Dealers’ Association (EBDA) and he has acted as the Chairman of the National Association of BMW Dealers since 2008. Under his leadership in his current position, the Group has not only maintained its market leading position but even managed to increase its market share significantly. From 2021 he held the postion of the Retail and Services Business Unit Director of AutoWallis Group. 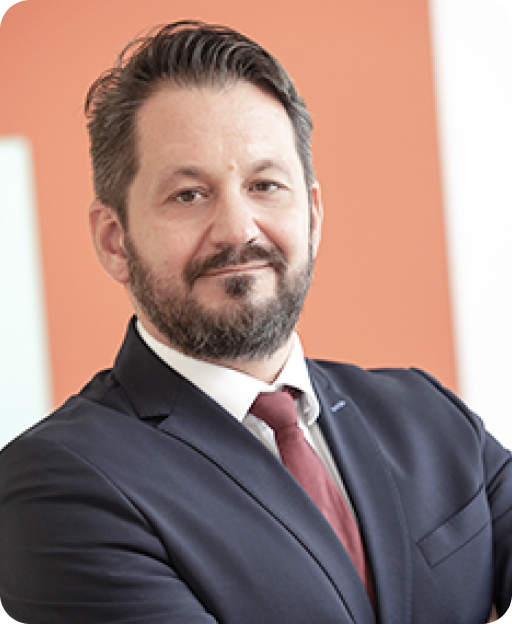 For almost two decades, he has been leading the company which is the Hungarian representative of Sixt rent-a-car and under his leadership has gained a dominant position in the domestic market. He is an economist who obtained his MBA at the Budapest University of Technology and Economics and at Jean Moulin Lyon III. University and also holds a degree in teaching French as a foreign language. In addition, in 2019 he attended a Neosys Coach training and gained a coach certification. He began his career in Switzerland and Luxembourg in the tourism industry and later gained significant experience in the automotive services market. He was the Managing Director of Wallis Autóparkkezelő Kft. between 2007-2013. He has been the Chairman of the Hungarian Rent-a-Car Association since 2019. 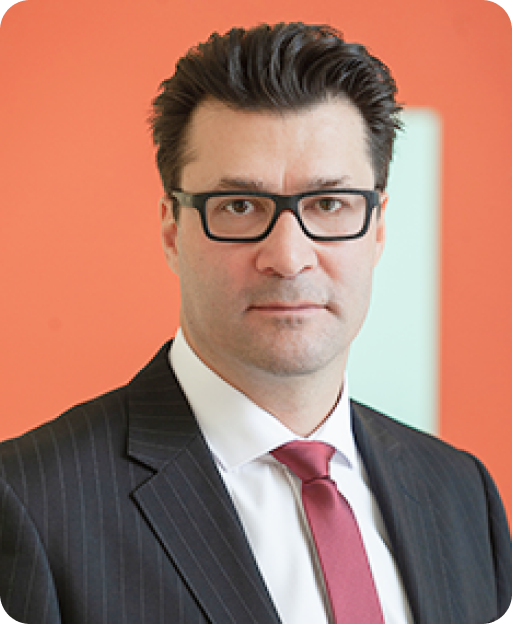 He graduated as an economist from the Finance Department of the College of Finance and Accounting. Gábor was involved in the foundation of one of the most dynamically growing property investment companies in Hungary, Appeninn Plc., which he later directed. At the beginning of his professional career, he gained broad experience in facility management and investment and also supported major capital transactions of domestic companies as an advisor and was involved in the sale of industrial manufacturing plants as an expert. Since 2018, as the Investment Director of AutoWallis, based on his vast experience, he has been responsible for the company’s capital market presence and for identifying and implementing new investments for the investment holding.

CHAIRMAN OF THE SUPERVISORY BOARD

He is an expert in energy and economics, who graduated from the Budapest University of Economics and the College of Foreign Trade. He has been the CEO of Alteo Plc., a company listed at the Budapest Stock Exchange since its foundation in 2008. Prior to that, he worked as a financial and investment analyst in various positions. He is an expert active in sustainability issues and is the Chairman of the Business Council for Sustainable Development in Hungary (“BCSDH”).

She worked as director for regulatory affairs at Széchenyi Alapok Zrt. for one year starting from February 2021, and is currently advisor to the CEO. She joined the company in 2019 as a risk manager after having spent 9 years at the Ministry of Finance, where she had started out as a statistician in a budgetary area and then worked with state-owned business associations and priority projects as an asset management analyst. In representation of the state as owner, Petra filled the position of Supervisory Board member at Beruházási, Műszaki Fejlesztési, Sportüzemeltetési és Közbeszerzési Zrt. Priorto that, she had worked as a client manager, promoter, and project manager atone of the financial companies of Regionális Fejlesztési Holding. She graduated from the Budapest College of Finance and Accounting with a degree in business informatics and obtained her degree in economics (majoring in corporate finance). She also completed the International Sports Manager master’s course at Northumbria University.

He graduated as an economist from the Corvinus University of Budapest, Department of Management and Organization, in 2010. In 2014, he completed the MBA program of INSEAD with distinction in Singapore and France. He started his career in 2010 in the Budapest office of McKinsey & Company, where in a great number of industries – including banking, telecommunications, the pharmaceutical industry – assisted in the strategic planning and transformation of large companies in Hungary and several European countries. Between 2016-2019 he held various management positions in commercial areas at Vodafone Hungary and was responsible for leading the integration planning and the ensuing acquisition of UPC Hungary. Since 2020 he is the Managing Director of Wallis Autómegosztó Kft. (SHARE NOW).

He has more than 20 years of experience in the financial and real estate sectors. He graduated from the Engineering Department of the Technical University of Budapest and obtained his MBA degree at Durham University (UK). He has worked as a project director at the Wallis Group for ten years and acts as Board and Supervisory Board member at various members of the Group.

Gábor graduated from the Budapest University of Economics and began his career at Wallis as a portfolio manager in 1998. He was the Controlling Director of the Wallis Group between 2002 and 2004. His responsibilities included the formulation and implementation of the asset management principles of the Wallis Group as well as providing transactional support. He was responsible for the reorganisation of Wallis’s automotive business division between 2004 and 2006, first as deputy CEO and then as CEO. Since 2006, he has been the Transactions Director of Wallis Asset Management, responsible for acquisitions, during which he has been involved in the implementation of a number of successful transactions. He is one of the founders and, since 2013, the CEO of Venturio.